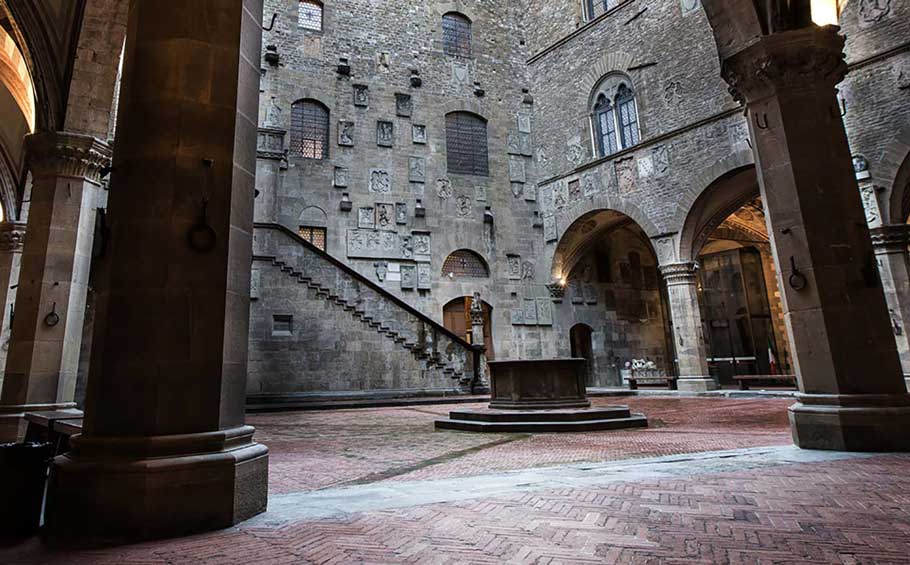 Eventually, after a year of forced closure due to the pandemic, the Accessible Bargello Museum in Florence sees a great reopening. Located only five minutes away from the renowned Piazza Santa Croce, the Accessible Bargello Museum houses on its first floor the Sala degli Avori, which contains one of the greatest collections of ivory in the world, with more than 250 artifacts, from the Etruscan period to the 19th century.

Established back in 1865, the Accessible Bargello Museum is Italy’s first national museum, and it is located in Florence’s historic Palazzo del Podestà. Visiting its extended collections, means admiring both Medieval and Renaissance art’s masterpieces. The Accessible museum consists of three floors; the Accessible ground floor is dedicated mainly to sculptures made by Michelangelo Buonarroti and Benvenuto Cellini. At the second and last floor accessible with ramp , you come across collections of Della Robbia, the Verrocchio room, the Medals Room and the Arms and Armors room, which contains objects belonging to the famous Florentine family of the Medici.

Placed along with the Donatello room, the Italian Ceramics Room and the Chapel (where the oldest known portrait of Dante Alighieri is located) the Sala degli Avori allows everyone to take a historic tour of fifteen centuries, where one can appreciate the Dittico con Adamo nel Paradiso Terrestre e Scene della vita di san Paolo from the late roman art, the rare Carolingian Flabellum of the Tournus abbey and medieval paintings and sculptures. The new Sala degli Avori shows a renovation of the exhibition itinerary, new pieces’ conservation methods and, last but not least, new masterpieces previously stored, like a crucifix from the Baroque period. So far, these pieces were housed in display cabinets dating back to forty years ago but today not quite appropriate anymore to provide accommodation to these precious objects. Right now, thanks to the renovation, they have been moved to special display cabinets, made in metal and equipped with antiglare and safety glass and, most relevant, with a special internal microclimate control in order to protect them from air and dust. The room has undergone restoration’s operations on the pictorial and decorative systems and a new lighting system with the aim of enhancing the architecture and alongside the works displayed on the wall. As the Responsible of collections at Bargello Museum explains, the purpose of these new characteristics is to stand out the little details of the pieces shown at the exhibition.

The majority of the works belonging to this collection comes from a bequest made in 1888 by Louis Carrand, a French antique dealer who left at his death almost 2.600 ivory pieces including sculptures, jewels, textile and paintings. Other ivories come from purchases made back in the 19th century or from the ancient collections of the Florentine grand ducal.

This year marks also the 700 years’ anniversary from the death of the famous Florentine poet Dante Alighieri and the Bargello Museum is hosting an important exhibition called “Onorevole e antico Cittadino di Firenze. Il Bargello per Dante” starting on May 11th, which will last until August 8th.