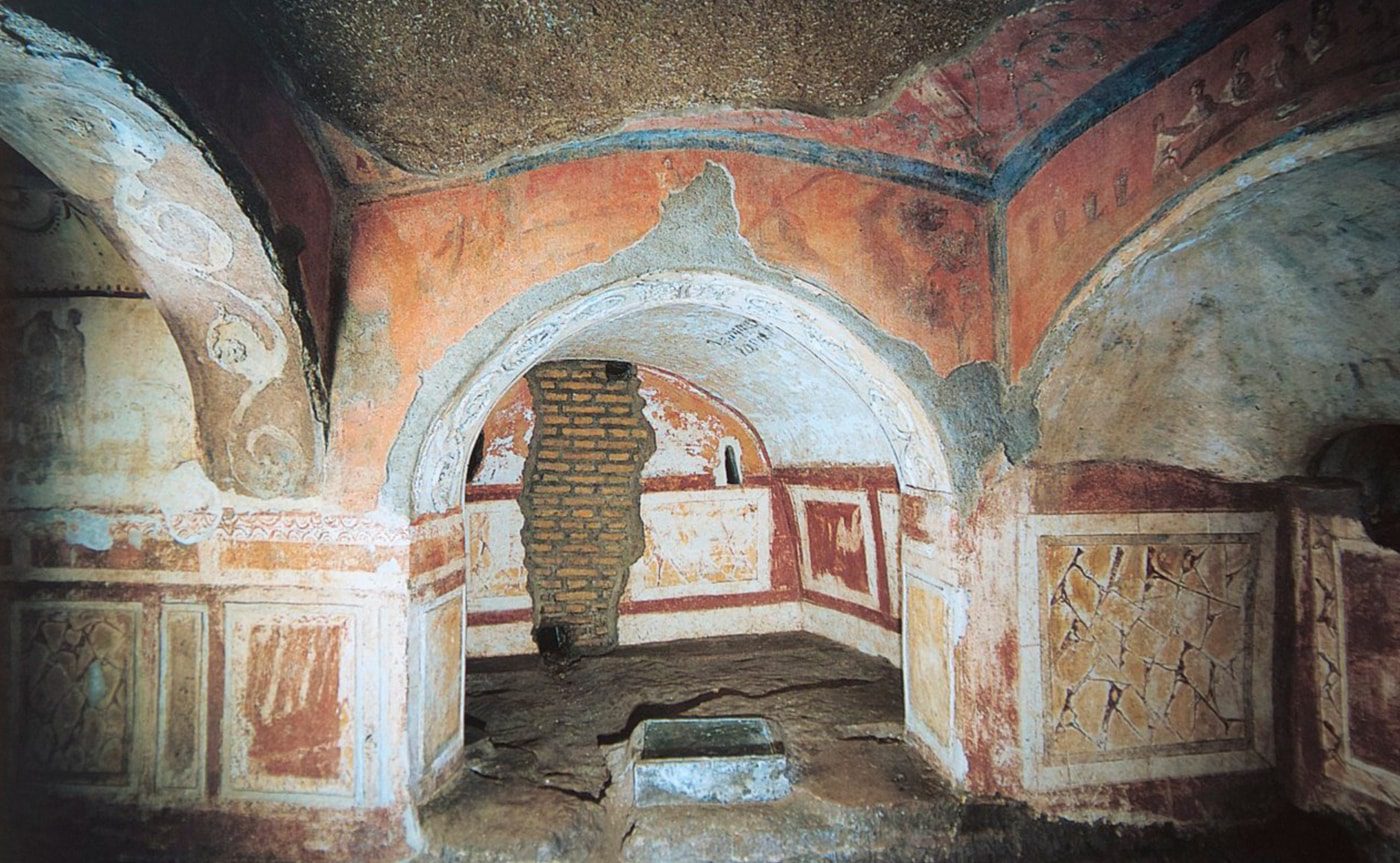 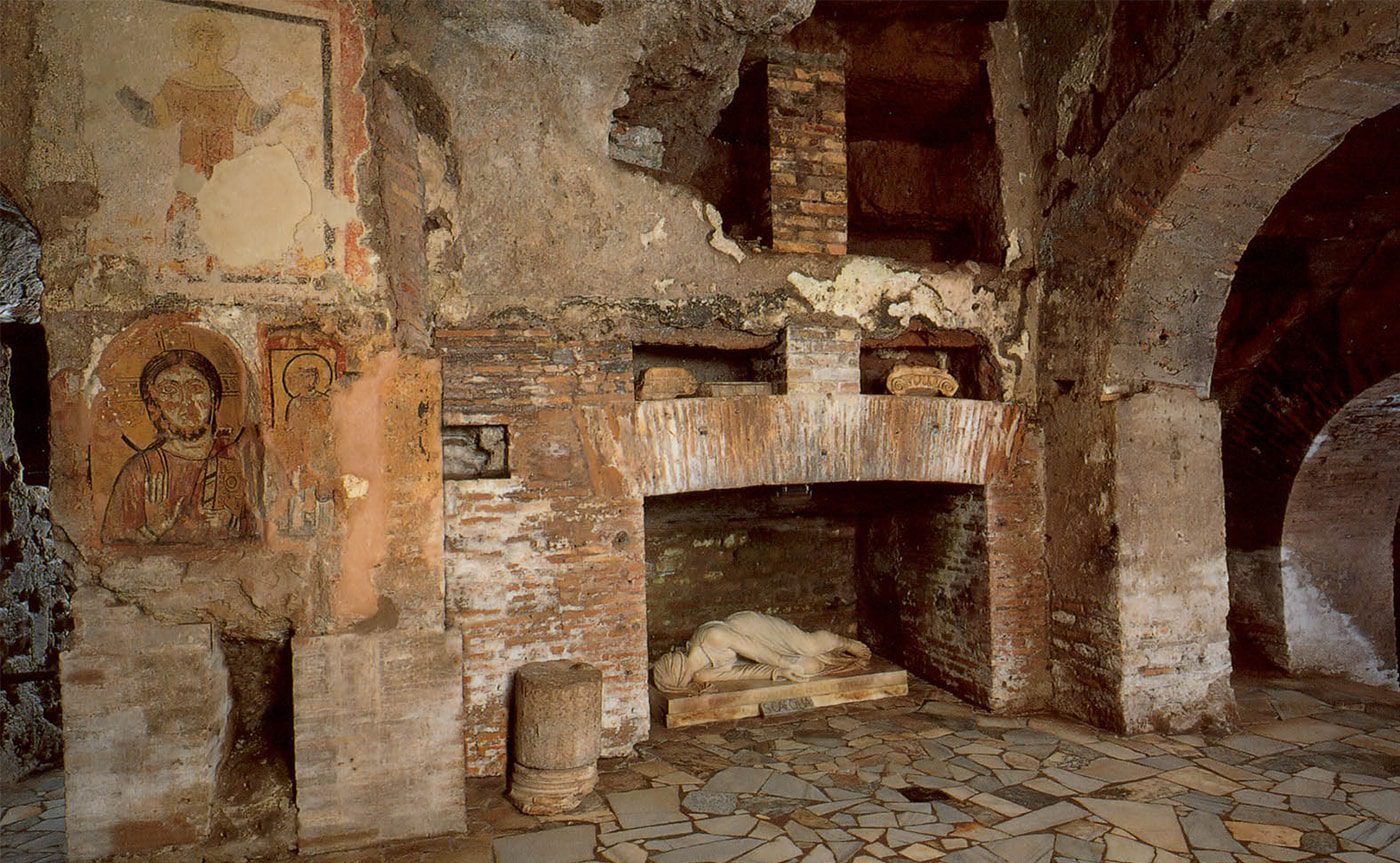 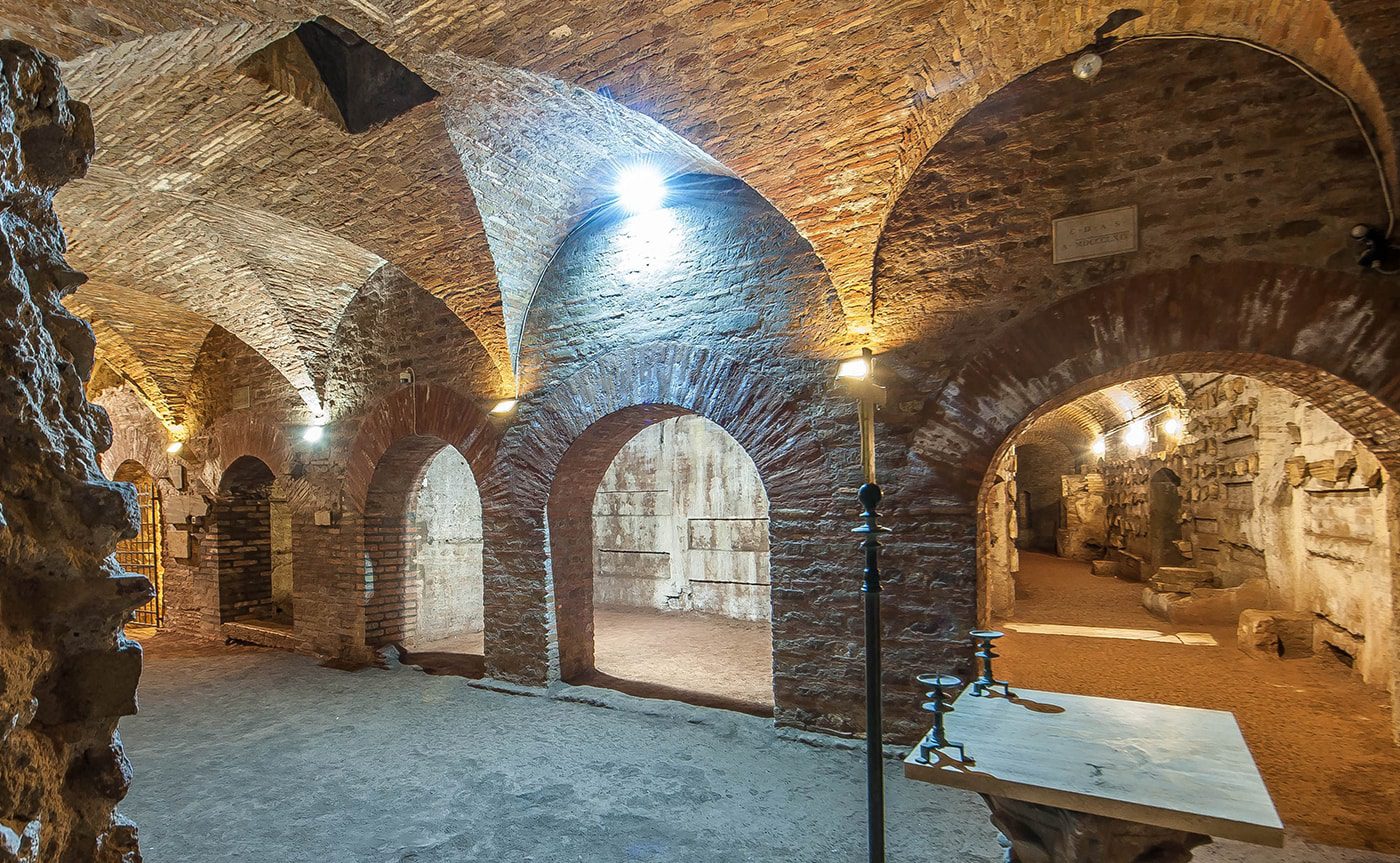 The Accessible Catacombs of Saint Priscilla underground tour will let you visit these ancient catacombs on the “Via Salaria” in Rome.

The Catacombs of Saint Priscilla were likely created between the second and fourth century. Priscilla was a noblewoman of Ancient Rome who likely donated the land for the construction of the catacombs, and to which the site is dedicated. There is in fact an inscription with her name in the cemetery. She was a member of the “Acilius Glabrio family”, the members of which were buried in these catacombs as well. These underground catacombs are famous because many martyrs and four popes were buried here. The great number of martyrs is the reason they are called “The Queen of Catacombs”.

The Accessible Catacombs of Saint Priscilla underground tour will let you visit the different rooms and see the beautiful paintings and frescoes that are preserved here, which depict saints and early Christian symbols. In the accessible “Cubicolo della Velata”, which means “the small room of the veiled woman”, you can see a depiction of a woman praying. The same woman is also depicted in other moments of her life, like her marriage and the birth of her child, and it is likely that she is buried here. In this room there are also frescoes depicting events from the Old Testament and a painting of a shepherd who has a goat on his shoulders.

The Accessible Catacombs of Saint Priscilla underground tour will also let you enter the accessible “Greek Chapel”, a square chamber where you can see three-dimensional frescoes made with stucco, which show Old and New Testament scenes, including the Last Judgment. In this room you can find the most famous painting of the catacombs and one of the earliest depictions of the Virgin Mary and baby Jesus. The Virgin Mary is painted here with baby Jesus on her knees, and next to her there is a painting of the prophet Balaam.

The Catacombs of Saint Priscilla have numerous underground burial chambers. The most important ones are the accessible “arenarium” or “Sand quarry”, the “cryptoporticus”, which was originally used to find shade and fresh air during Summer, and the “hypogeum”, where you can see the tomb of the Acilius Glabro family. The bodies were wrapped in linen and then covered in a material that slowed down the decaying process. This is the place where important people like the martyrs were buried, and here you can see many religious paintings. The paintings often depict stories from the Bible, which represent faith in resurrection.

The Accessible Catacombs of Saint Priscilla underground tour will take you to visit an ancient roman cemetery. This underground site was hidden for a long time, until it was discovered again in the sixteenth century. Visit this incredible underground site, see the many beautiful paintings and frescoes that are found here and feel the atmosphere of ancient times.

Accessible highlights tour of Rome has been designed to let you see the most interesting and known monuments and places in Rome.