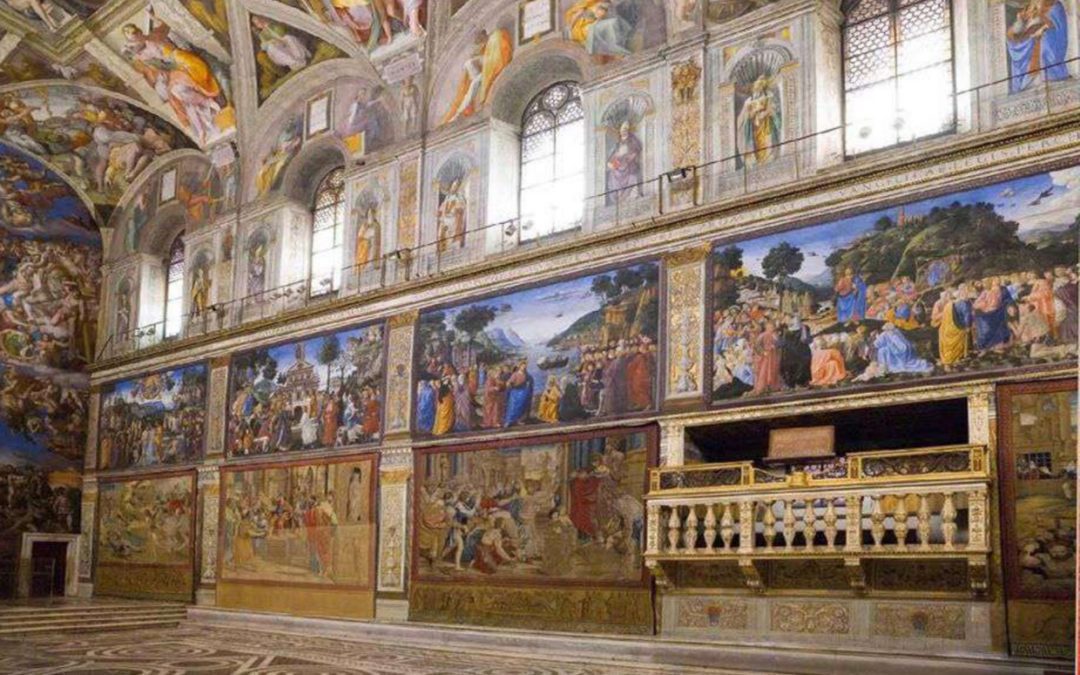 500 years after his death

Until Sunday 23 of February 2020, Vaticans Museums accessible for wheelchair users decided to show 10 tapestries of Raffaello Sanzio inside the Sistine Chapel, in order to celebrate 5 centuries after his death.

Made with wires of silk and gold, the tapestries were commissioned by Pope Leone X, who wanted to increase the prestige of the Sistine Chapel. The Pope chose Raffaello, who was already working for the frescos of the Four Rooms, today known under the name of “Raffaello’s Rooms”.

On 15 of June 1515 Raffaello received 300 ducats (ancient coins) and 134 ducats were given to him on 20 December 1516. The execution of these patterns took almost 2 years, (1514-1515) and then were sent to Bruxelles in the workshop of the weaver Pieter van Aelst. The first seven tapestries were shown to Pope Leone X on 26 of december 1519 and the officiant, Paris de Grassis, noted that “in universal judgment nothing more beautiful had ever been shown to the world”. The 10 tapestries were in Rome around 1519-1521, but unfortunately Raffaello has never admired them since he died in Rome on 6 of April 1520. The themes of this pieces concern the Acts of the Apostles and the life of Saint Peter and Saint Paul. The order in which the tapestries were arranged is not known, but we can try to reconstruct it according to their names: “miraculous fishing”; “Christ’s charge to Peter”; “The Healing of the Lame Man”; “The Death of Ananias”;; “Paul Preaching at Athens”; “The Conversion of the Proconsul”; “The Sacrifice at Lystra”; “Paul in Prison”; “The Stoning of Stephen” and “The Conversion of Saul”. The original cartoon of the last three has been lost, while the others are preserved in Victoria and Albert Museum of London.

If you want to admire the 10 tapestries of Raffaello and you’re looking for private services designed for wheelchair users, such as accessible private tour, contact us at: info@romeanditaly.it