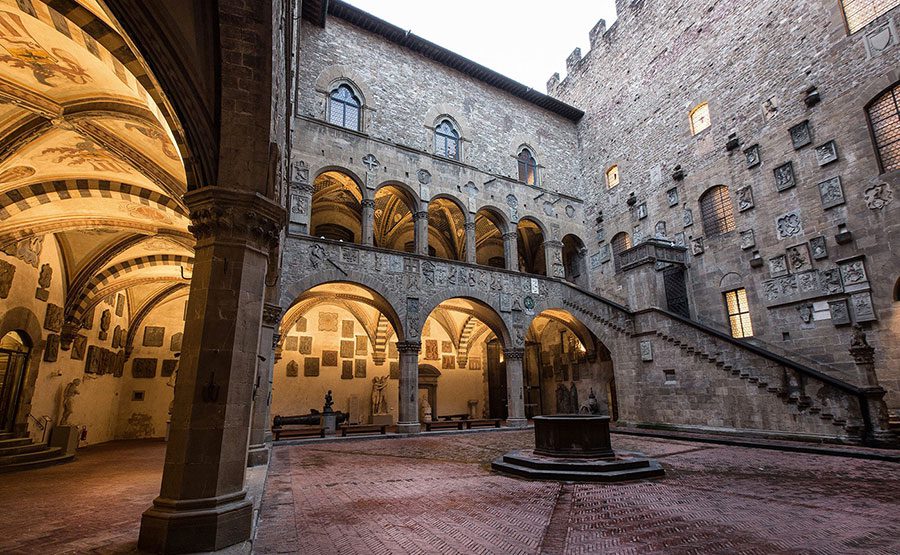 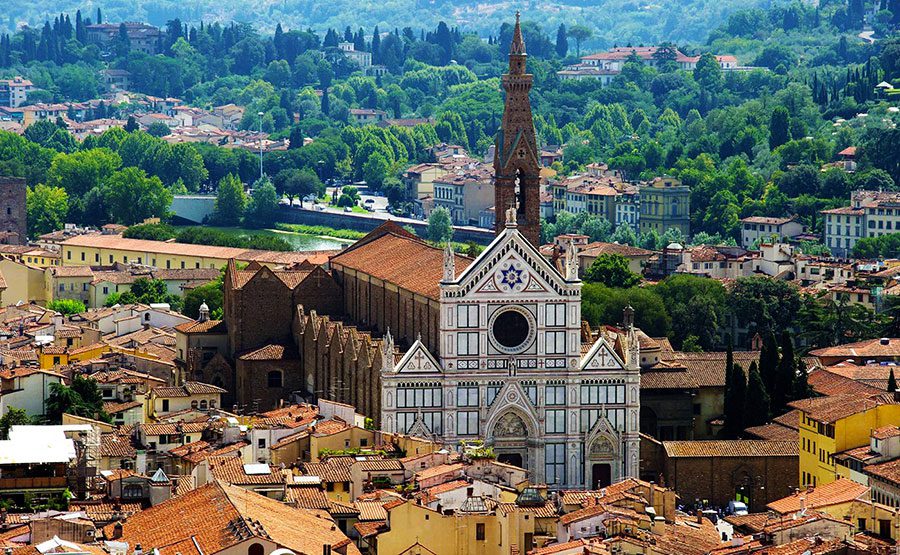 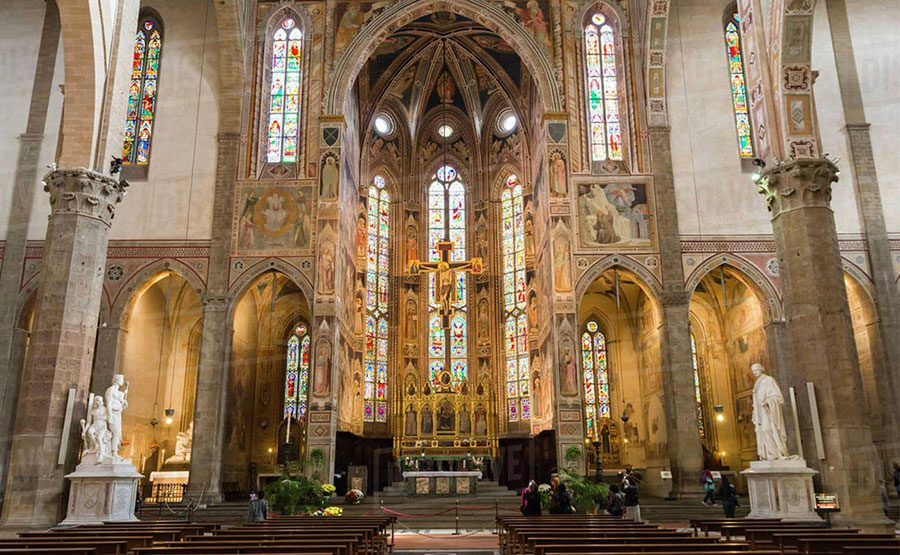 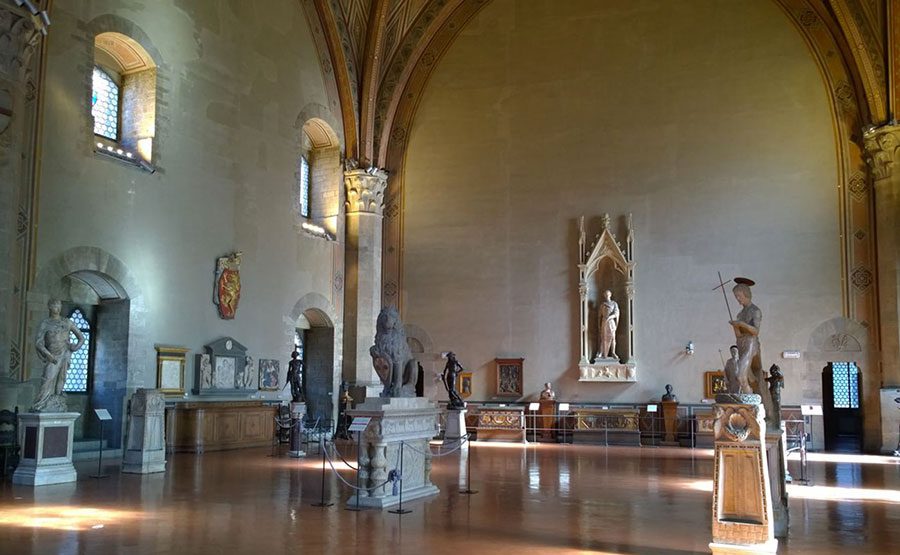 Accessible Santa Croce Church and accessible Bargello Museum Tour in Florence: discover the burial place of some of the most illustrious Italians and one of the most remarkable collection of Renaissance sculptures.

The Santa Croce Square is a large accessible square and it hosted many popular celebrations and gatherings and among others, the horse tournaments organized to celebrate “Lorenzo de’ Medici” and “Clarice Orsini”’s engagement in 1469. Furthermore, Santa Croce Square usually hosted popular games such as the “Historical Florentine Football”, a tradition that Florentine people enjoy nowadays. On the left side of the accessible Santa Croce Church in Santa Croce Square, you can also find the monument dedicated to the celebrated Florentine poet “Dante Alighieri” by “Enrico Pazzi”, built in 1865 in honor of the 600° Anniversary of his birth. Originally, the statue was located in the very center of Santa Croce Square but years later it was moved next to the Santa Croce Church to facilitate popular football. The statue is so particular because the gaze of the poet seems to watch over the tourists who stop by.

According to the legends, the Santa Croce Church was founded by “St Francis” himself and among its most remarkable features are its 16 chapels which many of them are decorated with frescoes by “Giotto” and its pupils. Among them, it is important to mention the “Pazzi Family’s Chapel”, designed with the contribution of the famous architect “Filippo Brunelleschi”, well-known for the building of the “Florence Cathedral’s Dome”. The façade of the church we see today is the result of the 1860s Gothic Revival embellishments by “Niccolò Matas”. The accessible Santa Croce Church is also the burial place of honored Italians such as the poet “Ugo Foscolo”, astronomer “Galileo Galilei” and painter “Michelangelo”.

Come to Rome and retrace the steps of “Robert Langdon” with the Angels and Demons accessible tour.