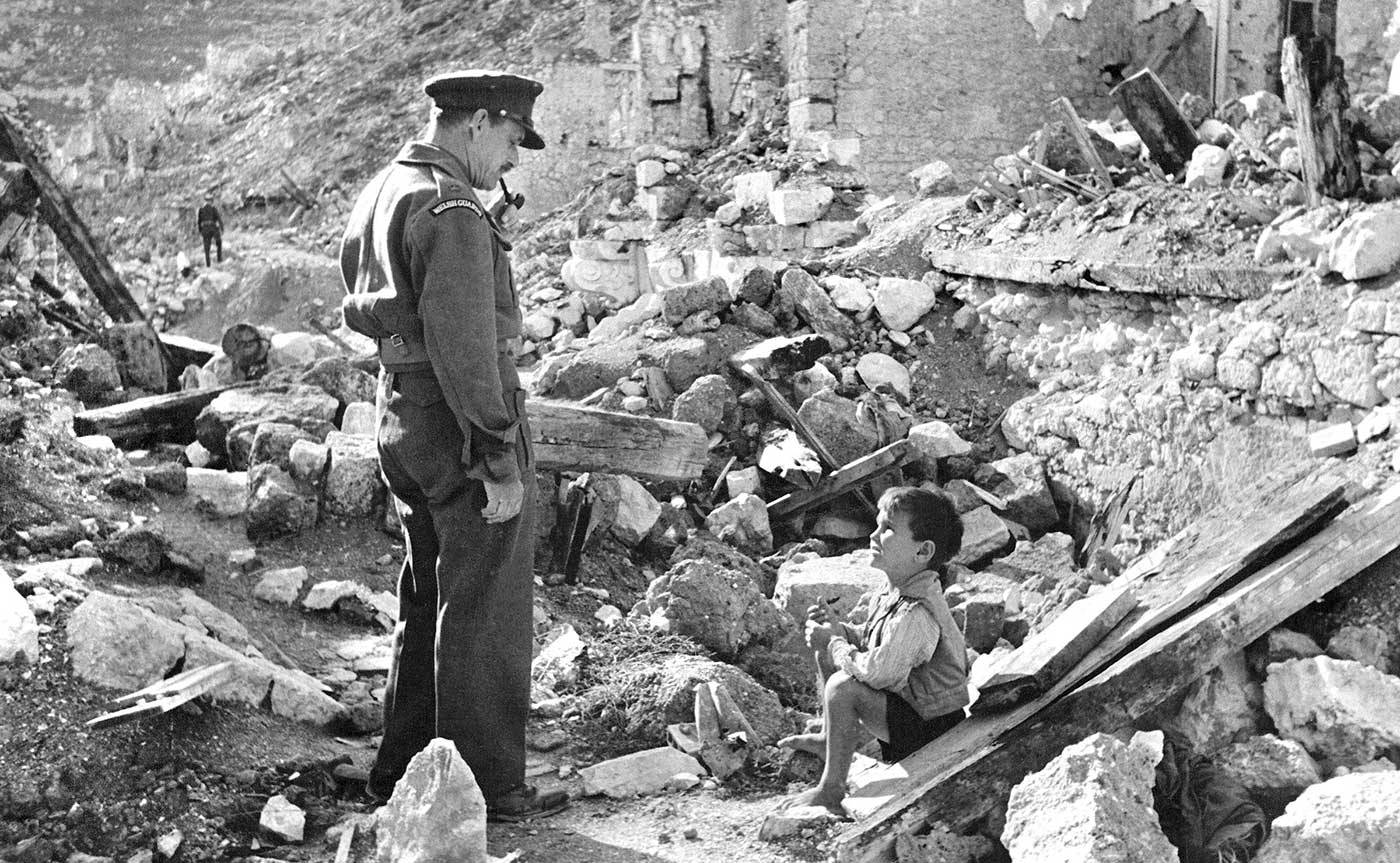 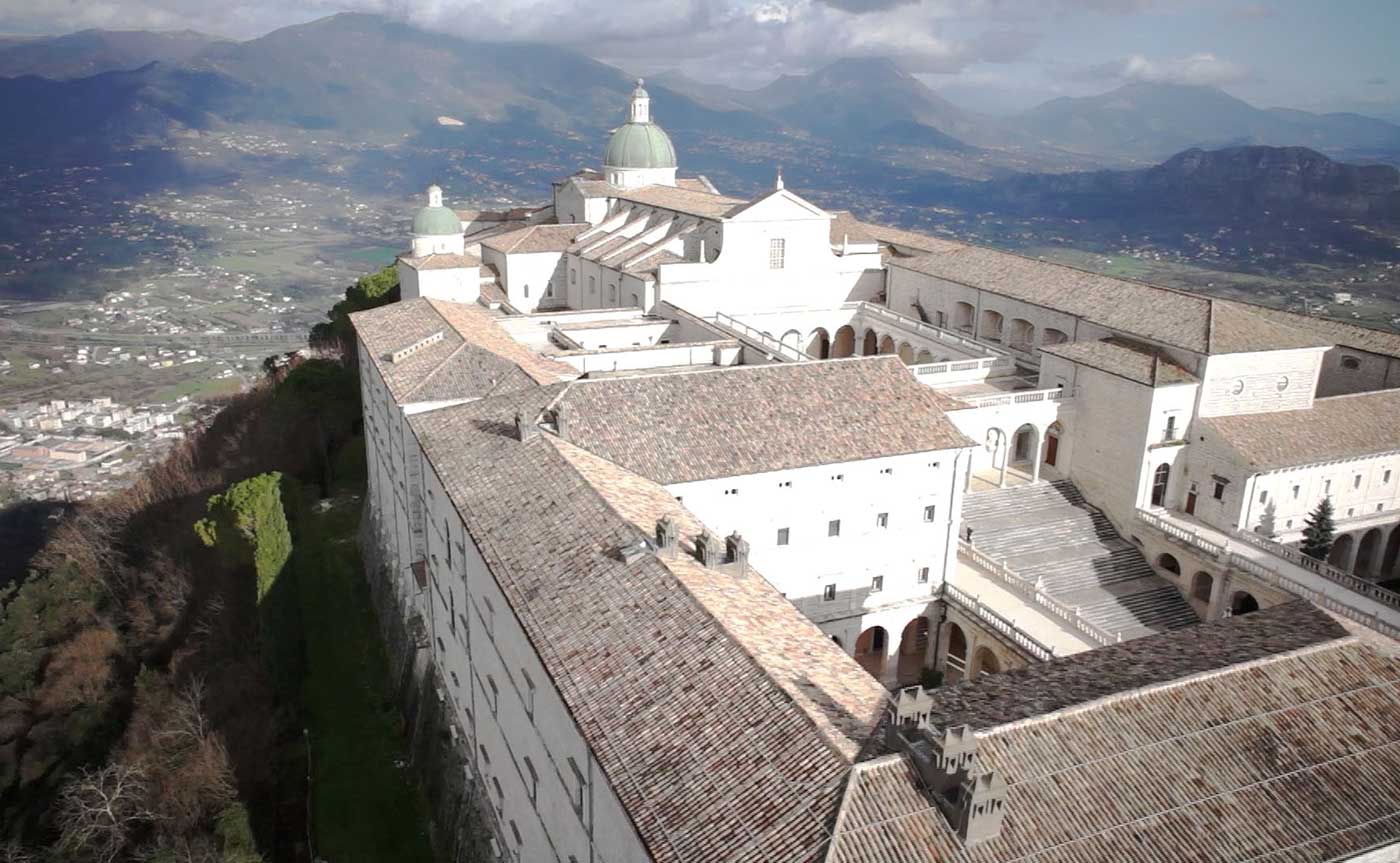 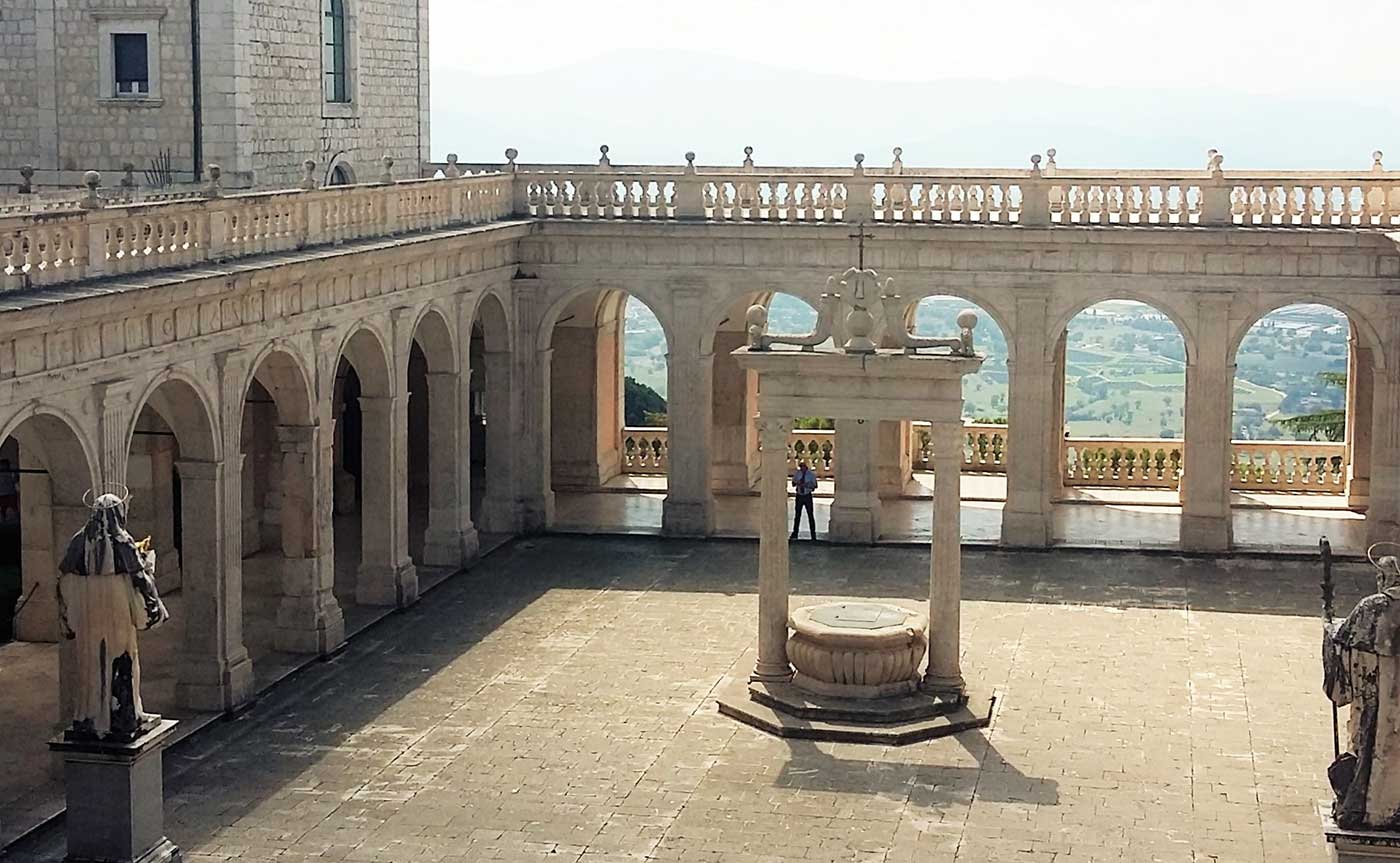 During the Second World War, “the Winter Line” was composed of a series of German military fortifications in Italy, built by order of the Organization Todt. The main line of the fortification, called the “Gustav Line”, ran across Italy from the north side of River Garigliano to the Tyrrhenian Sea in the west and through the Apennines mountains to the mouth of the Sangro River on the Adriatic Sea in the east side…

The center of the line, where it crossed the main route in the north of Rome (Highway 6), was around the mountains, behind the small town of Cassino. Originally, Montecassino had an old “Benedictine monastery” sitting on top of it, built by “San Benedetto” which is the father founder of the “Benedictine Religious Order” in the year 529 A.C. Inside this Monastery were established the Benedictine rules “ora et labora” (“prey and work”) that is still the philosophy of the Benedictine religious order.

The famous Battle of Monte Cassino (also known as the Battle for Rome or the Battle for Cassino) was a costly series of four battles during the Second World War fought by the Allies, where the enemies wanted to break through the Winter Line and seize Rome. The Abbey of Montecassino was located on the peak of the mountain, and for an error of interpretation during an interception of a German communication, the alliance think that “the abbey” was occupied by a German division, and this which means it was impossible for the allied troops to reach the site without destroying the abbey by bombing it. It was 9:45 in the morning of February 15, 1944 when the allies began to bomb the Abbey of Montecassino and destroyed it completely to open their way to Rome for the alliance troops, but the Montecassino Abbey was completely rebuilt after the Second World War.

The Accessible Tour of Montecassino Abbey includes the admission to the amazing accessible  “Abbey and the cloister”, all the area of the “cloister” is accessible, to reach the basilica there is a lift that guarantee the accessibility of the church inside. The museum of the abbey is accessible only in the first floor, the second floor is not accessible for the wheelchair. Unfortunately, “the underground of the Abbey” where was located “the house of San Benedetto” is not accessible. After the visit of the Abbey, we will reach the accessible “Polish cemetery” and the accessible “Commonwealth cemetery” where many soldiers who fought in one of the most brutal battles of the Second World War are buried.

Montecassino abbey accessible tour is a perfect accessible visit for fond of the history of world war two, and pilgrims.